Darth Nihilus is here to stay 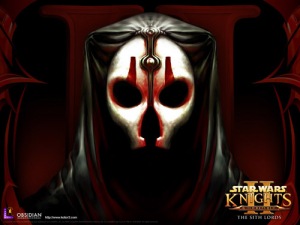 I just realized I never posted the results of the Darth Nihilus gear.  I did my best to be true to what the video game character looked like.  So very often video game characters as well as cartoon characters are difficult to reproduce.  Why?  Because the artist doesn’t have to worry about the actor being uncomfortable or being able to move in what is designed.  I am still in the process of getting the Kage Warrior from The Clone Wars series completed.  That is a much more complicated build.

So here is my Darth Nihilus – my first and only Sith character.  And I have no construction photos to share, which is really odd.  I previously posted photos of the progress on the mask, which was the only piece I ordered from a vendor.  I did the sanding, painting, engineering for how to make the mask work.  I also purchased a black faceless Halloween mask since I decided that I would not be able to wear the all black contact lenses and paint my face and neck black.  The black hood was a better solution and provided better coverage to retain that mysterious presence that Darth Nihilus has.  Then there was the choice of which design of clothing do I create for my Nihilus.  There appears to be two.  I opted for the one that looks like it came straight out of the video game, Knights of the Old Republic (KOTOR), which is shown below.

I constructed a foam framework to create the correct shape for the hood to drape from and a breast plate.  The most difficult part was attaching the cloak, which is very heavy and has a curious style of attachment, which I did my best to emulate.  I also had to do some engineering to make sure that the whole thing stayed together and allowed me to walk about and actually use the lightsaber.  The lightsaber was the most expensive part since I had to order one that was all silver in color and had a shape that was closest to the style of Nihilus’s blade.  The pictures below were taken by Jay Hayden, a professional photographer.  My next plan is to get some kind of film footage of me in this gear – it already has people unnerved when they see me and they have no idea that I am female.  🙂

2 comments on “Darth Nihilus is here to stay”